Trying to determine who was the first Chinese lawyer in California is a dicey proposition. One source clearly proclaims an USC graduate in the 1920s was, but clearly there is Chan Chung Wing, admitted to practice in California in 1918 State Bar Number 2326, slightly more than 160,000 lawyers before this post’s author was issued a State Bar number in 1993. Today, State Bar are over 350,000. Why race should ever have anything to do with practicing law, or citizenship makes absolutely no sense. Particularly no sense when courts are supposed to embrace vast principles of logical reasoning. There simply is no connection, nor can an argument be made, that race has anything to do with the right or ability to practice law. Therefore, pause must be taken and we must feel shame, especially those who answer to the California Supreme Court as the ultimate arbiter of our rules and state bar licenses. Can we trust an organization that wrote a 9 page opinion denying a Columbia law school graduate, and member of the New York bar the ability to practice law because he was a member of the Mongolian race? Or is this just a historic anachronism as erroneous as classifying race into three categories one being the Mongolian race when today we believe there is no such thing.

The story of Hong Yen Chang is unfortunate and embarrassing to California, the State Bar, and the California Supreme Court. Posthumously admitting him 125 years later was a nice gesture, but it does not make up for such an evil wrong. Therefore, he was not the first practicing lawyer in California.

Wing specialized in immigration law, working with hundreds of Chinese immigrants who sought to make new lives in the United States. Chinese immigrants who came to San Francisco were detained at Angel Island for as much as two years, while immigration officials determined their eligibility for entry. Wing also brought more than 30 lawsuits against the San Francisco Police Department for the harassment of the Chinese. Because the Chinese Exclusion Act of 1882 was in effect, anti-Chinese racism was widespread.

During the 1930s, Wing served as the first Chinese American head counsel for the Chinese branch of the foreign exchange department of the Bank of Italy now known as the Bank of America. In the 1940s, Wing opened one of the first life insurance agencies in Chinatown.

Wing’s daughter, a 1978 graduate of the University of San Francisco School of Law was not aware he was the first Chinese lawyer in California until after she found newspaper articles he kept. One stated, “Chan Chung Wing, in charge of the Chinese Branch of foreign exchange in the Bank of Italy, passed his bar examinations today in the District Court of Appeals with a percentage of 96. This is said to be one of the highest ratings ever recorded,” wrote The Recorder in 1918. By 1993 the California State Bar did not give out scores to those who passed. In 1918 253 new lawyers passed the in California Bar Examination. By 1993 6,142 new lawyers passed the examination.

Wing had great memories of attending USF School of Law at night, after working during the day for A.P. Giannini the founder of the Bank of Italy, today B of A. Incidentally, enough sources make it credible that Giannini’s bank made great strides during the ‘O6 San Francisco earthquake when he set up camps on the street to offer banking services when the town was in disarray and many bank buildings were no more. After being admitted to practice in 1918, a Sacramento judge did not believe Wing was an attorney and refused to allow him to practice law in his court room. Just because he was Chinese? It is hard to imagine that happened only 25, 40, or 50 years before some of us were born in California! Later in life, Wing told his daughter a San Francisco judge constantly ruled against him regardless of the merits of his case. Because he normally lost at the trial court level, he had to appeal his cases where he was generally able to prevail. One such appeal involved a Chinese man accused of murdering his employer. Wing handled serious cases.

In his role at the Bank of Italy Wing saw Chinese merchants being denied life insurance. Unbelievably, most insurers thought Chinese were bad risks because they ate fish heads and rice. Listening to some of these stereotypical tales one really must wonder what the IQs, or education was of the people who believed these myths. Ming showed insurance officials mortality tables demonstrating Chinese had low mortality rates. Wing himself measured up to his mortality tables living until 1983 at the age of 93 when the average age of death was 78.1.

Wing started the C.C. Wing Agency which is reputed to be the first Chinese life insurance agency in California before it became one of Occidental Life Insurance Company’s top producing agencies in the 1940s, 1950s, and 1960s.

Many sources inaccurately claim You Chung Hong, spelled in multiple variations, was the first Chinese American lawyer in California. He went to USC law school at night and could be the first Chinese lawyer in Los Angeles. He did not pass the bar until 1923 which gave him State Bar Number 4788 when bar numbers were passed out in what the author understands to be 1927. Hong did not earn his bachelor’s in law until 1924, or his law degree until 1925. He became a lawyer before finishing law school. 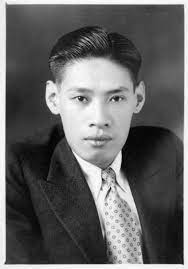 Like many minority practitioners of the era, Hong found a lot of his clients within his minority community. He became involved in immigrant rights and ultimately the repeal of the Chinese Exclusion Act of 1882, the first U.S. law to base immigration restrictions on ethnicity. Remarkably, during the 45th, this country once again had laws that excluded persons based upon country of origin demonstrating how history repeats itself, and why it is important to study history. Hong himself was born in California after his father came arrived to work on the Transcontinental Railroad. Hong’s father later worked in a borax mine in Death Valley where he died when Hong was 5. Hong’s mother raised him, and did not speak English. He moved to Los Angeles in 1918 in an attempt to support his mother and other family members.

When he set up his practice in the 1920s he was not allowed to join the Los Angeles Bar Association. Another ugly, quite disgusting fact is the Los Angeles County Bar did not allow Blacks to be members until January 16, 1950 when a 1018 to 593 vote occurred meaning 37% of the member lawyers who had taken an oath to uphold the laws of the land voted against allowing Blacks to join the Los Angeles County Bar as late as 1950 nine months before I Love Lucy first aired, around the time some of the readers were born, after some were born, but not that long thereafter. Can you imagine now looking back at 2003 and realizing there was such abject discrimination? Well, 2003 was three years before gay marriage was legal in California.

It is reported that during the 1930s Wing could not buy a home for his family. Realtors would not take on Chinese clients, and there were still legal statutes preventing Chinese from owning property. Apparently a close friend of Wing purchased the house he wanted in present day Korea Town, a very fashionable section of the city in the 1930s, a little on the outskirts, Bullock’s Wilshire in tow after 1929, now Southwestern University School of Law (the top 5 school producing California attorneys today), and the friend resold it to Wing.

Hong is best remembered for his important role in establishing Los Angeles' present day Chinatown in 1938. Los Angeles' history of Chinatowns is nothing short of horrific, and is therefore beyond the scope of this post. Suffice it to say Union Station displaced the then existing Chinatown in Los Angeles which was not the first. In many respects, the Chinatown Hong was involved in functioned more as a tourist destination than place where Chinese Americans lived. It would be nice to attribute this to less discriminatory housing practices. However, those practices existed for more than twenty years after the founding of Los Angeles' present Chinatown, and acceptance of Chinese Americans in California came far too many years later.

To learn about the first Mexican lawyers of California, or the first Black lawyers in Los Angeles click these links.